Since their inception in 1997, the Game Scouts have gained momentum around the country in areas where communities have conservancies and want to increase protection for wildlife, tourists, or livestock. Game Scout programs are proving to be effective deterrents to poaching and human-wildlife conflict. In coordination with SORALO and the Borderlands Conservation Initiative, we train and equip community members to protect and monitor wildlife, engage in human-wildlife conflict resolution, collect ecological data, and generate and distribute environmental information to enhance community awareness of biodiversity and the environment. 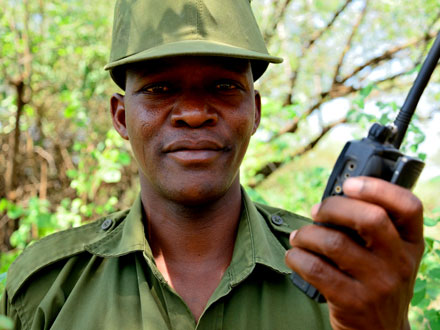 The Game Scouts program provides employment for local community members, many of them Maasai. Game Scouts are trained in tracking techniques, action drills, and communications including tour guiding, biodiversity interpretation, environmental education and awareness campaigns. They are largely employed in the Borderland area between Kenya and Tanzania. 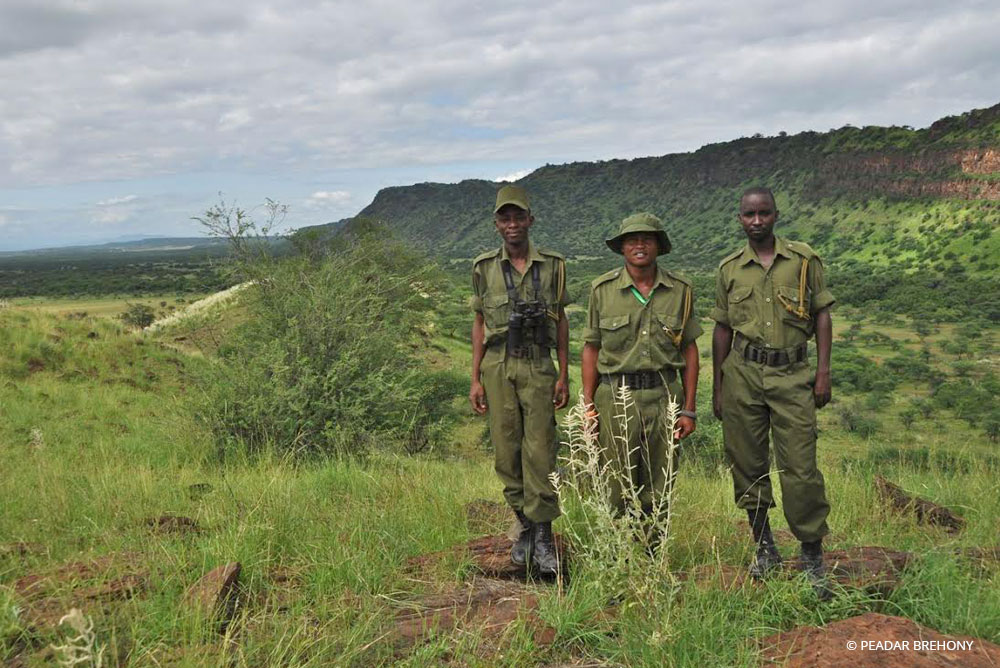 THE FRONTLINE AGAINST POACHERS 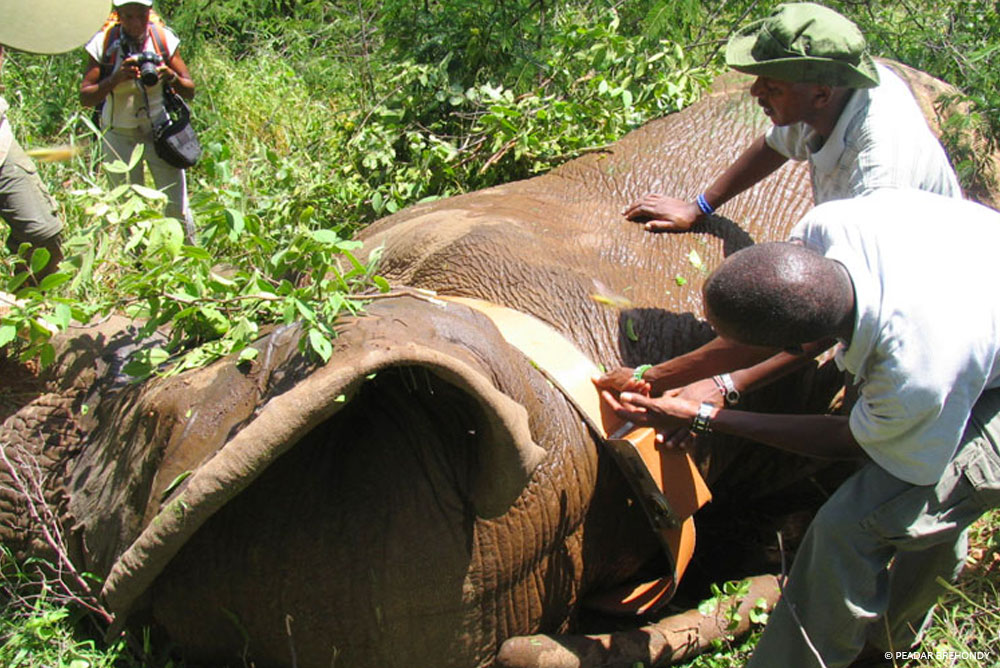 Elephants have been fitted with global positioning system (GPS) units that we purchased in order to record elephants' movements and the location of poaching incidents. In addition, we helped to build new scout bases in the field to better track and monitor wildlife and respond to critical situations. 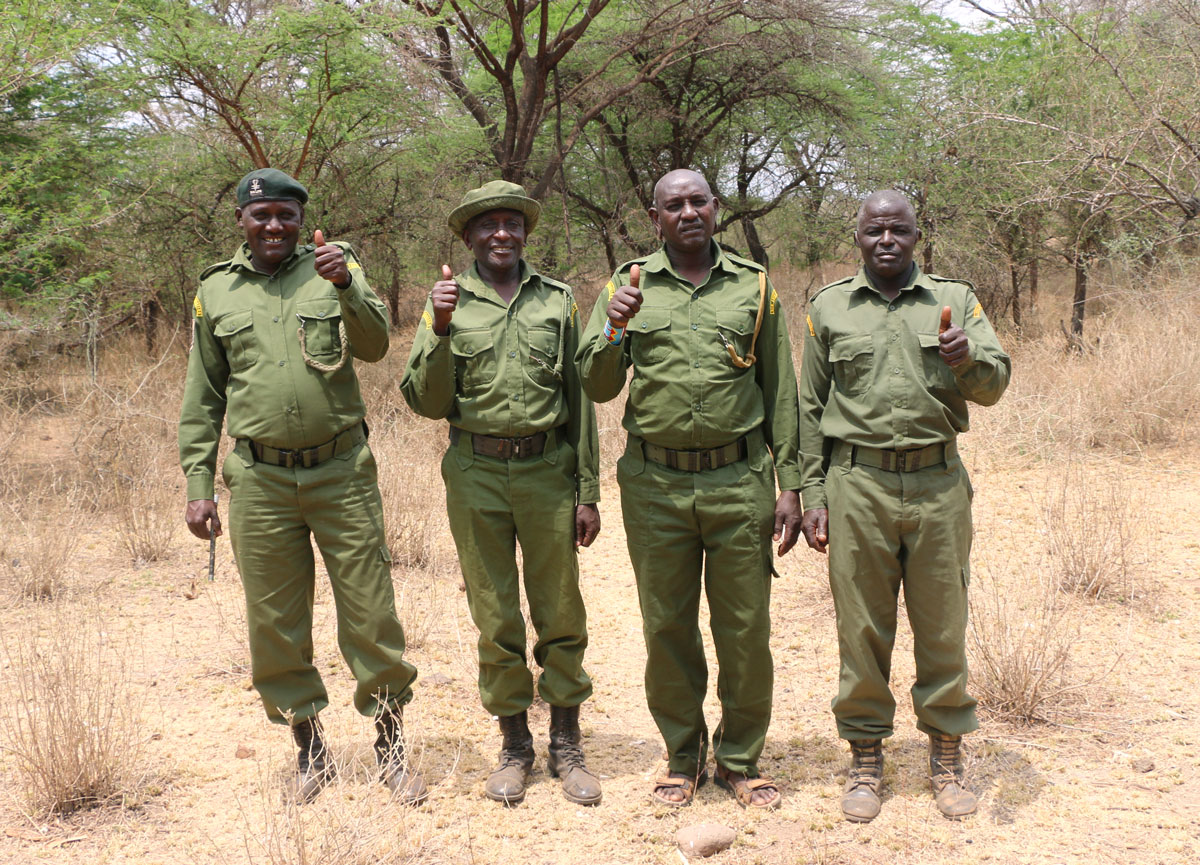 Two big threats to wildlife survival are poaching and human wildlife conflicts. Via the CONNEKT program with funding from the European Union, we partner with OIKOS EA to support community rangers in the Rombo Conservancy, a conservation area in the Tsavo-Amboseli wildlife migratory corridor. ACC’s Communication Officer, Florence Gichoya, recently interviewed four of these brave community rangers to find out more about their important work and what motivates them to protect wildlife. Their deep commitment to wildlife and their communities is inspiring! Read their stories below.

What motivated you to become a community ranger?
I gladly joined this profession more than a decade ago because I know a lot about different wildlife species that roam the Amboseli ecosystem.

Achievements so far?
There used to be a lot of elephant poaching but nowadays there are rare cases of poaching. We also used to see high incidences of poaching of animals like zebras, gazelles, impalas, for the purpose of game meat. But now these incidences have gone down.

What motivated you to become a community ranger?
I saw it was a good opportunity for me to protect animals that were part of us. It’s a profitable job for me and the communities.

What achievements are you proud of?
Initially when I joined, we would arrest a poacher every two days, now things have improved, it takes two to three months to have a poaching incidence.

What motivated you to become a community ranger?
Maasais have always co-existed with wildlife and we protect wildlife with the same passion as we protect and value our livestock.

What achievements are you proud of?
This work is beneficial because protecting our wildlife is what keeps the visitors coming to see the wildlife.

What motivated you to become a community ranger?
I decided to become a ranger to protect wildlife. As a Maasai, our community lives with animals and I would get sad when I saw our animals been hunted by poachers.

What achievements are you proud of?
Protecting animals that bring joy to our people and tourists. As the wildlife numbers increase, the communities receive more income from tourism.

The Rombo Wildlife Conservancy is a 95,000 acre community-owned conservancy. Armed rangers patrol the vast area in two teams – a day team and night team. During a patrol, the rangers observe the land from high vantage points, looking out for poachers. Poachers, who are never local to the area, usually work at night and use two tactics to make their catch: a bright torch or honking noises that confuse the animal and allow poachers time to attack and kill. Rangers only shoot at poachers if they are armed and provoke violence. After a poacher is arrested, they are taken to the police.

The rangers also deter human-wildlife conflict. For example, when lions or leopards invade agricultural lands and eat livestock, rangers visit the farmers/pastoralists, ward off the wildlife, and calm the situation to prevent the killings of both wild and domestic animals. Human-wildlife conflict has unfortunately increased because of new land use changes, encroachment of development, farming and drilling for agriculture water sources.

ACC has supported the rangers through training and the purchase of equipment—from motor bikes and tents to torches and uniforms. However, the rangers are still in need of salaries and supplies.

Game Scouts are the frontline of defense against wildlife poaching and human-wildlife conflict.