Two big threats to wildlife survival are poaching and human wildlife conflicts. ACC via the CONNEKT program, supports community rangers in the Rombo Conservancy, a conservation area in the Tsavo-Amboseli wildlife migratory corridor. This partnership project with OIKOS EA and funded by the European Union fights wildlife crime and reduces conflict incidences.

ACC’s Communication Officer, Florence Gichoya, recently interviewed four of these brave community rangers to find out more about their important work and what motivates them to protect wildlife. Their deep commitment to wildlife and their communities is inspiring! Read their stories below. 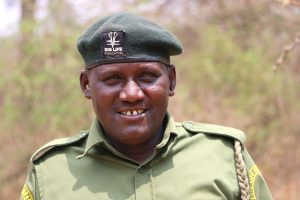 What motivated you to become a community ranger?
I gladly joined this profession more than a decade ago because I know a lot about different wildlife species that roam the Amboseli ecosystem.

Achievements so far?
There used to be a lot of elephant poaching but nowadays there are rare cases of poaching. We also used to see high incidences of poaching of animals like zebras, gazelles, impalas, for the purpose of game meat. But now these incidences have gone down.

How do you fight poaching?
There are different types of poachers. Elephant poachers normally use guns because of the size of the animal and when we encounter such poachers. This is a high risk job and anything could g o wrong. We also remove the wires set up by the poachers to trap wildlife for game meat.

How do you work with the local communities?
The Maasai community is critical in this work. They are informers and report to us any suspicious activities. We also help the people living in Rombo area when they are in need like taking the sick to the hospital and taking water to the communities.

Why do you love your job?
I love animals. 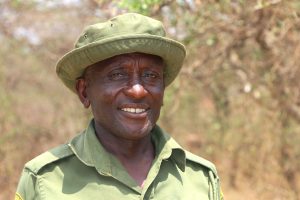 What motivated you to become a community ranger?
I saw it was a good opportunity for me to protect animals that were part of us. It’s a profitable job for me and the communities.

What achievements are you proud of?
Initially when I joined, we would arrest a poacher every two days, now things have improved, it takes two to three months to have a poaching incidence. 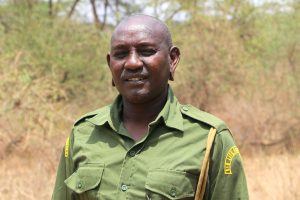 What motivated you to become a community ranger?
Maasais have always co-existed with wildlife and we protect wildlife with the same passion as we protect and value our livestock.

What achievements are you proud of?
This work is beneficial because protecting our wildlife is what keeps the visitors coming to see the wildlife. 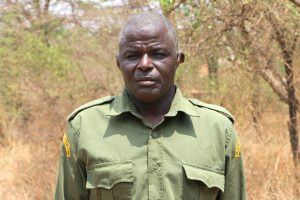 What motivated you to become a community ranger?
I decided to become a ranger to protect wildlife. As a Maasai, our community lives with animals and I would get sad when I saw our animals been hunted by poachers.

What achievements are you proud of?
Protecting animals that bring joy to our people and tourists. As the wildlife numbers increase, the communities receive more income from tourism. 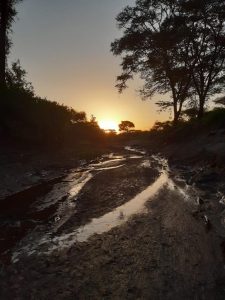 About the Rombo Wildlife Conservancy

The Rombo Wildlife Conservancy is a 95,000 acre community-owned conservancy. Armed rangers patrol the vast area in two teams – a day team and night team. During a patrol, the rangers observe the land from high vantage points, looking out for poachers. Poachers, who are never local to the area, usually work at night and use two tactics to make their catch: a bright torch or honking noises that confuse the animal and allow poachers time to attack and kill. Rangers only shoot at poachers if they are armed and provoke violence. After a poacher is arrested, they are taken to the police.

The rangers also help to solve many cases of human-wildlife conflict. For example, when lions or leopards invade agricultural lands and eat livestock, rangers visit the farmers/pastoralists, ward off the wildlife, and calm the situation to prevent the killings of both wild and domestic animals. Human-wildlife conflict has unfortunately increased because of new land use changes, encroachment of development, farming and drilling for agriculture water sources.

ACC has supported the rangers through training and the purchase of motor bikes, (to help the rangers transverse the vast conservancy), torches, tents and uniforms. However, the rangers are still in need of salaries and supplies.

David Western's New Book: We Alone, How Humans Have Conquered the Planet and Can Also Save It — Now Available