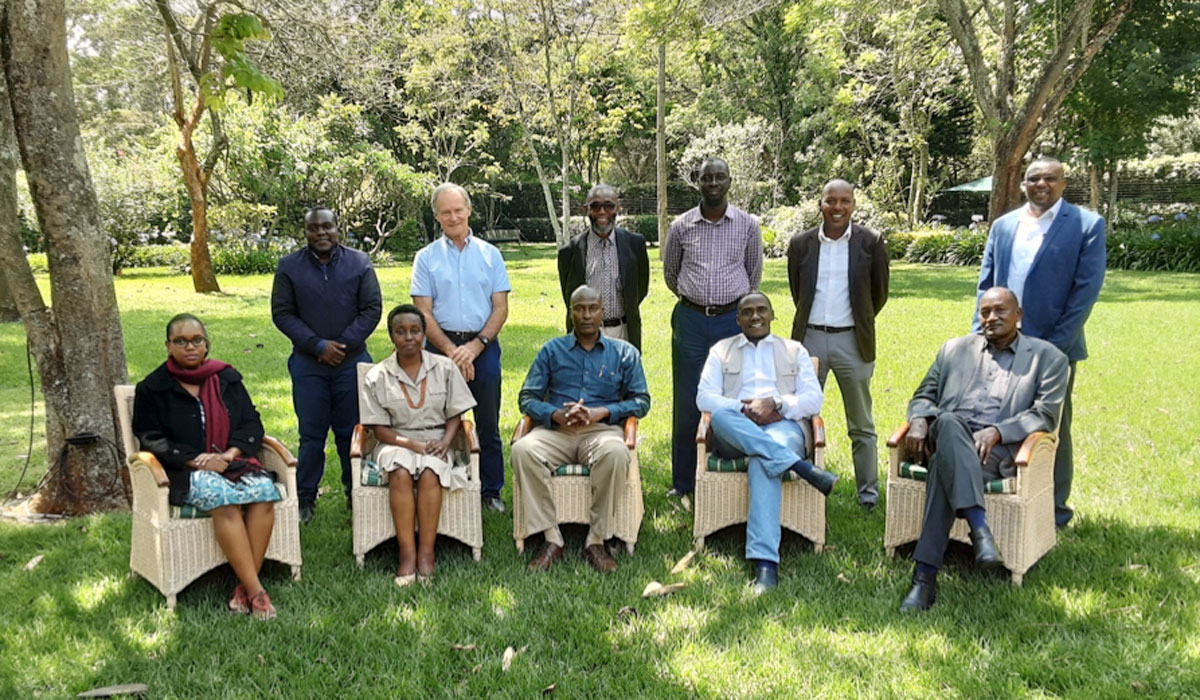 Prelude to the CBC meeting

The future of the open rangelands in Kenya looks bleak in the face of land subdivision, privatization and changing national aspirations. Is there any role for community-based conservation (CBC) in maintaining open rangelands, and if so, how should it be refashioned to meet the enormous challenges ahead?

Conservationist, David Western, together with ACC called a meeting of experienced CBC practitioners to confront the harsh realities of the breakdown in the social networks and institutions which have sustained Kenya’s rangeland for generations. The participants—drawn from community conservation leadership in ACC-supported institutions in Amboseli, South Rift, Maasai Mara and partners in the Tsavo regions—explored how to retain and strengthen the communities of landowners in shoring up the health of the land for its people and wildlife.

This is a formidable task and perhaps a lengthy one, but these CBC leaders recognize the need to start now when there is still hope and scope. They collectively agreed to form an umbrella Southern Rangelands Coalition that will advance these discussions further. The topics addressed included the threats to the open rangelands, options for keeping the rangelands open and collectively managed in the wake of land subdivision, and the future of CBC.

The Meeting at The House of Waine, Nairobi

The meeting at the House of Waine in Nairobi on 3rd December 2020, was hosted by the African Conservation Centre under the Institutional Canopy of Conservation (ICAN), and brought together experienced CBC practitioners from across the southern rangelands of Kenya. The group included Lucy Waruingi and Johnson Sipitiek. ACC; Dickson Kaelo, Kenya Wildlife Conservancy Association; Jackson Mwato and Koikai Oloitiptip, Amboseli Ecosystem Trust; Michael Tiampati, Pastoral Development, and Donald Mombo, Taita-Taveta Wildlife Forum. Virginia Musengg’ya and Alvin Oduor of ACC served as rapporteurs. Daniel Sopia, Maasai Mara Wildlife Conservancy Association and Martin Mulama, World Wildlife Fund, were unable to attend but sent their apologies and support of the meeting.

The meeting set out to review the threats to the open rangelands vital to the pastoral livestock communities and wildlife alike, the opportunities and options for keeping the rangelands open and collectively governed, and the future of CBC as the driving force it has been over the last three decades.

The discussions explored several topics, among them the need for an analysis of current institutions and their roles, reinforcing existing Community-based Organizations (CBOs), strengthening supporting NGOs, and pushing for better services from county governments and national agencies. Another was the need for new forms of collective governance to reflect the shift in land tenure from communal to private ownership. Yet another was the need for livestock producer associations which could diversify and improve rangeland production and market access. The role of conservation champions was also seen to be vital in speaking up for collaborative governance of the rangelands.

The meeting debated whether to focus on the future of CBC or the open rangelands and concluded that both are intimately linked. Land tenure and collaborative institutional arrangements are both necessary for governing large open landscapes, sustaining the productivity of the rangelands and the coexistence of livestock and wildlife.

Some of the Main Points Covered in the Discussion Included:

The concluding discussion revolved around whether to create new institutions to address the challenges ahead or to reinforce existing ones. It was agreed that rather than new institutions, a collaborative grassroots approach is called for to tackle land fragmentation and the political marginalization of pastoral communities. Recognizing the power of collective action, the meeting agreed that the four large landowner associations present–Taita-Taveta, Amboseli, SORALO and Mara conservancies—should form a Southern Rangeland Coalition. The lands covered by the associations include the richest livestock and wildlife population in Kenya and are the primary tourism destination in Kenya. The southern rangelands can benefit from spotlighting its many values and opportunities, branding them for collective benefit and drawing up its own plans rather than have government and NGOs decide future directions and programs.

It was agreed that the minutes and deliberations of the meeting should be prepared and circulated and that the four landowner groups and supporting institutions should convene on January 19th to decide on the next steps. The meeting will flesh out the terms of Southern Rangeland Coalition, rotate the chair among member landowner associations and chart the way forward. ICAN will encourage a matching meeting to be held in Tanzania, leading to a joint workshop later in the year under the auspices of ICAN, the Borderland Conservation Initiative and SOKNOT. It was agreed that ACC should be the coordinating body for charting the way forward for CBC and the open rangelands.