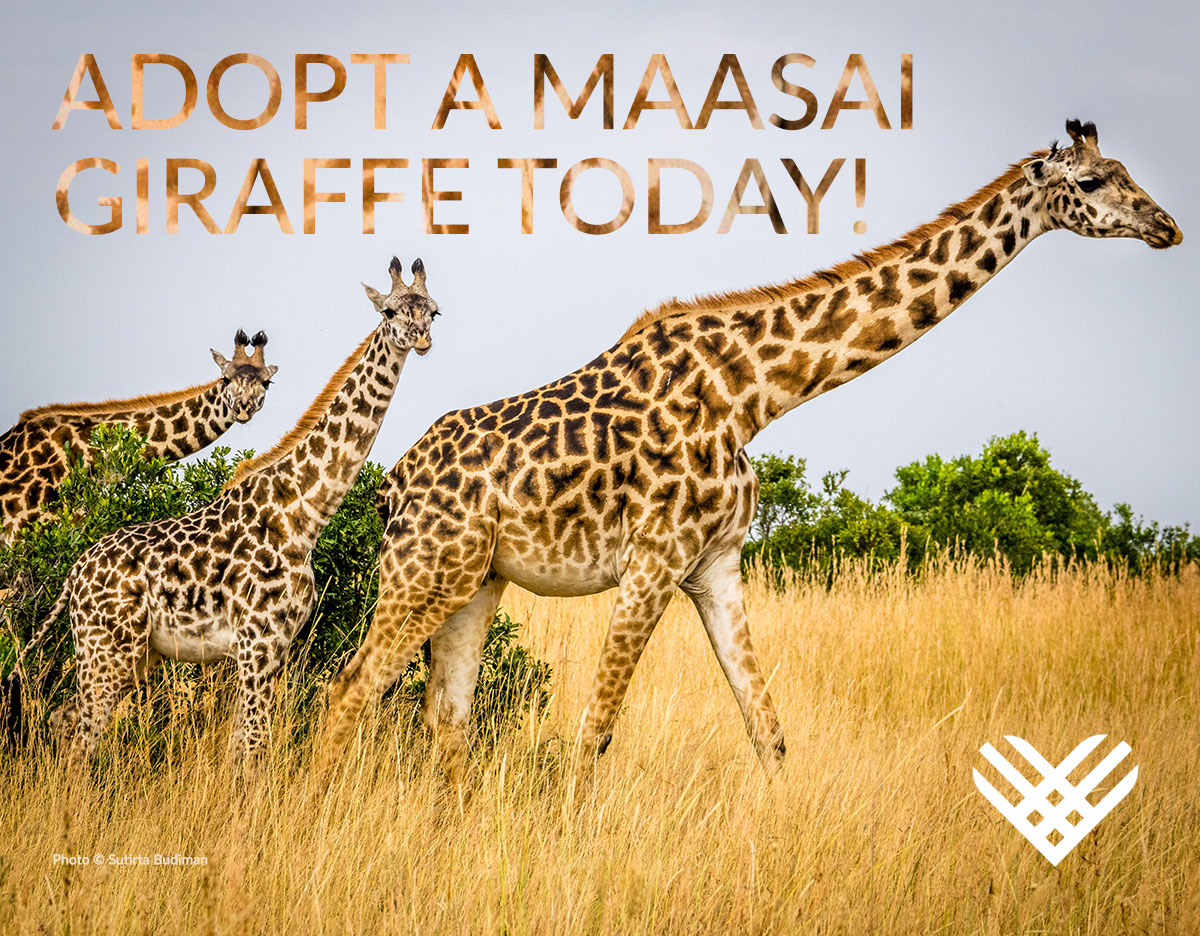 Join a global community of contributors to help save one of Kenya’s iconic, keystone species—now endangered: the Maasai giraffe. The loftiest among browsers, Maasai giraffes adorn African Conservation Centre’s (ACC & ACC-US) logos for the special role they play in the East African ecosystem. Their graceful long-necks and excellent vision allow the giraffes to see long distances and spot predators from a distance, serving as an early warning system to many other animals.

Although Maasai giraffes became endangered as of July 2019, ACC—our sister organization in Kenya—is leading the way in conserving this majestic animal. Taking heart from a hopeful resurgence in Amboseli, ACC and its partners are conducting innovative research that will allow scientists to track Maasai giraffes by satellite through solar-powered tracking units placed on the giraffes’ ossicones (horns).

The collected data will provide ACC and its partners with the first-ever picture of detailed movement of Maasai giraffes, vital for their conservation. The research will allow us to understand the species’ movements and map the minimum viable area needed for Amboseli populations. Through data-driven planning, we can then mitigate the impacts of bush-meat poaching and infrastructure development, and protect the giraffes’ habitat along with that of many other species in Amboseli’s rich ecosystem.